A new report from the Brookings Institution examines the current economic climate's impact on state and national investments in surface transportation.
"Transportation infrastructure is crucial for facilitating trade within, between, and across states," according to the report, which was released Feb. 25 in conjunction with a "State Roads to Economic Recovery: Policies, Pavements, and Partnership" forum in Washington. "In addition, this infrastructure is a crucial determinant of quality-of-life issues including the length of our commutes, the quality of our air, and the livability of our neighborhoods. Unfortunately, we fail to realize the full benefit of our system of infrastructure and risk losing what we have because we are not investing enough to maintain aging bridges and highways, and because we do not use the system as efficiently as we could."
The report outlines three steps that states can take to optimize their transportation investments. One of these steps involves restructuring how the money is spent.
"All revenues from the existing federal gasoline tax would be directed away from new construction and instead used primarily to repair, maintain, rehabilitate, reconstruct, and enhance existing roads and bridges," the report proposes.
The American Association of State Highway and Transportation Officials does not support this concept.
"This recommendation by Brookings is a prescription for gridlock," said AASHTO Executive Director John Horsley. "The most recent federal report that addresses this issue was USDOT's 2008 Conditions and Performance Report. It recommends that to meet future needs, 48% of capital investment should go into system rehabilitation, 41% should go to system expansion, and 11% in to environmental mitigation and safety enhancement. State DOTs and the Federal Highway Administration know that a balanced approach is needed. If all investment were made in system rehabilitation and none to adding needed capacity, the condition of the nation's roads and bridges would improve, but traffic would grind to a halt."
The traffic-services firm INRIX released this week its National Traffic Scorecard showing traffic congestion is on the rebound nationwide as the economy recovers. (see related story)
AASHTO's reauthorization policy recommendations include maintaining flexibility for states to decide how to spend their share of federal highway grants.
"AASHTO proposes that the federal highway program get back to the basics established in 1991, when 90% of federal funds were apportioned by formula to states and spent according to the priorities established by the states and their [metropolitan planning organizations]," according to the association's reauthorization proposal on transportation reform, which is available at bit.ly/AASHTOreform.
Another step recommended in the Brookings report entails creating a Federal Highway Bank to provide dollars for states to use in building new roads and expanding existing ones. Eligibility for that funding would be contingent on compliance with stringent performance criteria and demonstration of the ability to repay the loan through both direct user charges and a portion of increased land values near those transportation projects.
Finally, the report recommends that new and expanded transportation infrastructure that meets or exceeds performance targets such as on-time completion should receive an interest rate subsidy from a Highway Performance Fund to be financed by net revenues from the Federal Highway Bank.
"By embracing performance standards, states and localities will be judged on whether their projects deliver on clear criteria," according to the report.
Horsley said the new funds and banks proposed by Brookings are unnecessary since state transportation departments are already demonstrating excellent results in putting their federal grants to use maintaining and expanding highways and transit systems.
"AASHTO is proud of the track record of many states in delivering transportation projects on time and under budget," he said. "The America's Transportation Awards competition -- sponsored by AASHTO, the U.S. Chamber of Commerce, and AAA -– last year recognized 43 projects nominated by 28 states and the District of Columbia that were completed on time, under budget, using innovative management, and/or made excellent use of federal recovery act funds." (The contest's fourth year is launching today -- see related story)
AASHTO supports performance management standards, but believes they should be driven by state priorities.
"It is important for Congress to define a process through which states self-define targets that would work in their unique context, rather than have measures and targets imposed through federal statute or regulation," according to AASHTO's reform policy. "Flexibility is key. The recommended performance management process would have key common elements and measurement areas among states, but each state would determine its own performance targets and the appropriate strategies to meet those targets."
The 36-page Brookings Institution report, "Fix It First, Expand It Second, Reward It Third: A New Strategy for America's Highways," is available at bit.ly/Brookings-Report. More information about the Feb. 25 seminar is available at bit.ly/Brookings022511. 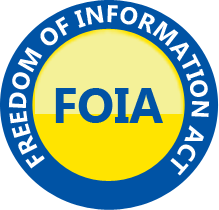 The Hampton Roads Transportation Planning Organization (HRTPO) fully complies with Title VI of the Civil Rights Act of 1964, the Civil Rights Restoration Act of 1987, Executive Order 12898 on Environmental Justice, and related nondiscrimination statutes and regulations in all programs and activities. HRTPO's website, www.hrtpo.org, may be translated into multiple languages. Publications and other public documents can be made available in alternative languages and formats, if requested. HRTPO public meetings are always held in ADA-accessible facilities and in transit-accessible locations when possible. Auxiliary services can be provided to individuals who submit a request at least seven days prior to a meeting. Requests made within seven days will be accommodated to the greatest extent possible. Any person who believes they have been aggrieved by an unlawful discriminatory practice by HRTPO under Title VI has a right to file a formal complaint. Any such complaint may be in writing and filed with the HRTPO and/or the appropriate state or federal agency within 180 days of the alleged discriminatory occurrence. For more information on HRTPO's Title VI program, or to obtain a Title VI Complaint Form, please call (757) 420-8300 or email rcrum@hrtpo.org.